Driller Killer (1979) has been in the Malevolent Dark archives for years. Over the course of decades, I probably walked by it 100 times at the video store. I scooped a VHS transfer years ago, but it continued to collect digital dust for years. The word “atrocious” best describes the audio and visual quality of this thing. However, if we could stomach the trash that is the Desert Island release of 3 on a Meathook, this eventually deserved a spin. What we found a was a cool little psycho drama that just barely fails to break through its low-budget confines. Directed and acted by Abel Ferrara, Driller Killer found its way to the public domain several years ago.

The Horrors of the Public Domain

While many would expect a films appearance on the public domain to amount to a magical breakthrough of viewing pleasure and freedom, that is usually not the case. What actually happens is that the studios that have the resources to restore and remaster the existing copies refuse to make the investment because they are unable to protect it. Garage-based opportunists figure out a way to create the cheapest reproductions of the film. Malevolent Dark has found on more than one occasion retail DVDs ripped from poor VHS source, tracking lines and all.

The copy of Driller Killer that we watched was brutally bad. The source was grainy and dim. The digitization shows blocky compression artifacts. Worst of all, the sound of dialog is muffled and difficult to discern, yet the abrasive sounds of the noise-core music from the fictional band Rooster burns like highly amplified molten glass poured into the ear canal.

Supposedly, there are higher quality Blu-Ray versions out there, so hopefully your mileage varies. 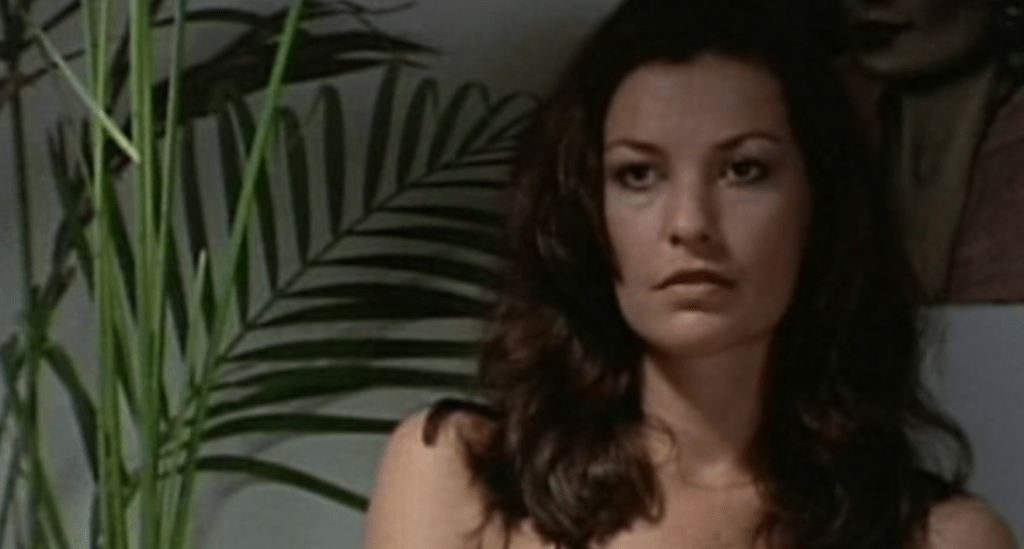 The Unraveling of a Driller Killer

Driller Killer plays out like psycho-drama biopic. The main character Reno, played by director Abel Ferrara, falls into the archetype of the starving NYC artist painting his next masterpiece that will solve all of his problems. He struggles with the arrangement with his girlfriend Carol (Carolyn Marz) and her lesbian affair with their roommate Pamala (Baybi Day). Reno also deals with the high demands of his agent. Things for Reno get worse when post-emo-punk-noise-core band Rooster moves in next door making it impossible for Reno to focus on his art.

Reno struggles with visions of himself bathed in blood as he takes out his aggression on people with an electric drill. It would only be a matter of time before his vision becomes a reality.

You may be asking yourself, how does Reno pull this off? Does Reno carry an extra long extension cord? Hilariously, Reno sees an advertisement for the “Porto-Pak” battery pack. Amazingly, this pack costs a meager $19.95 in 1979. Knowing the state of technology in 1979, a high amperage battery that could sustain a power drill for any meaningful amount of time in 1979 would weigh no less than 50 LBS, but somehow Reno manages to lug one around invisibly in his red nut-hugger pants.

This is a great place to call out that 1982’s Slumber Party Massacre ignored the explanation of how the killer powered the drill. Director Amy Holden Jones made a pro-move with this decision.

The Driller Killer is a Maniac

In strict narrative and pacing, Driller Killer looks a lot like the film Maniac that would be released the following year. The major exception being that the character of Frank Zito rightly possesses serious psychological problems from the mental and physical abuse of a prostitute mother. Poor Reno just suffers from poor career and relationship decisions. Still, much of the film revolves around the psychological pressures that Reno faces day-to-day rather than actual murder by power drill.

Additionally, the seedy backdrop of 1970’s New York City provides another parallel to Maniac. But, to be completely fair to Maniac, it enjoys a significant boost in quality across all aspects of film. Lest we forget that Maniac stars the ever-fantastic Caroline Munro.

As previously alluded to, the production values of Driller Killer leave something to be desired. This goes beyond the lack of effort in the DVD release. These flaws are deeply rooted in the movie itself. However, it’s not all bad. Abel Ferrara and cinematographer Ken Kelsch manage interesting visual perspectives. The audio of the film must have been intended to be abrasive. The film begins with the directive “THIS FILM SHOULD BE PLAYED LOUD” in bright white letters. This absolutely would make the muffled vocals audible while also allowing the sounds of both the drill and the Roosters to shatter the brain.

While these things may have some artistic merit, none of these change the fact that Driller Killer ultimately fails to be be entertaining. At the conclusion of the film, including the cliff-hanger ending, the audience remains left with only a distant feeling that they just witnessed an mildly interesting curio. It all makes sense when Reno’s agent says, “The worst thing that can happen to a painter is happening to you, you’re becoming simply a technician”.

Driller Killer’s performances vary greatly, but honestly could be worse in many cases. Abel Ferrara’s acting gets the job done in a “Hey Maaaaaaaan” kind of New York way. Carolyn Marz’s portrayal of Carol works well enough. Never missing a chance to dis on the Roosters, they couldn’t be more ridiculous. Possibly, that was what Ferrara was going for.

Certainly a film called Driller Killer drips with blood and gore, or not. Driller Killer is not totally devoid of the red stuff, but I can assert with absolute certainty that Lucio Fulci did the drill better in The City of the Living Dead in 1980. Most of the kills are distant and can be summed up with a spot of red on the shirt of the victim. Many of the attacks involve minor wounds to the stomach, many of which would be questionably lethal. In one scene Reno inexplicably is able to use a drill to affix a mans hands to a brick wall.

Abel Ferrara does manage one really good kill scene in which a homeless man takes a drill bit to the skull in a up-close and personal perspective. 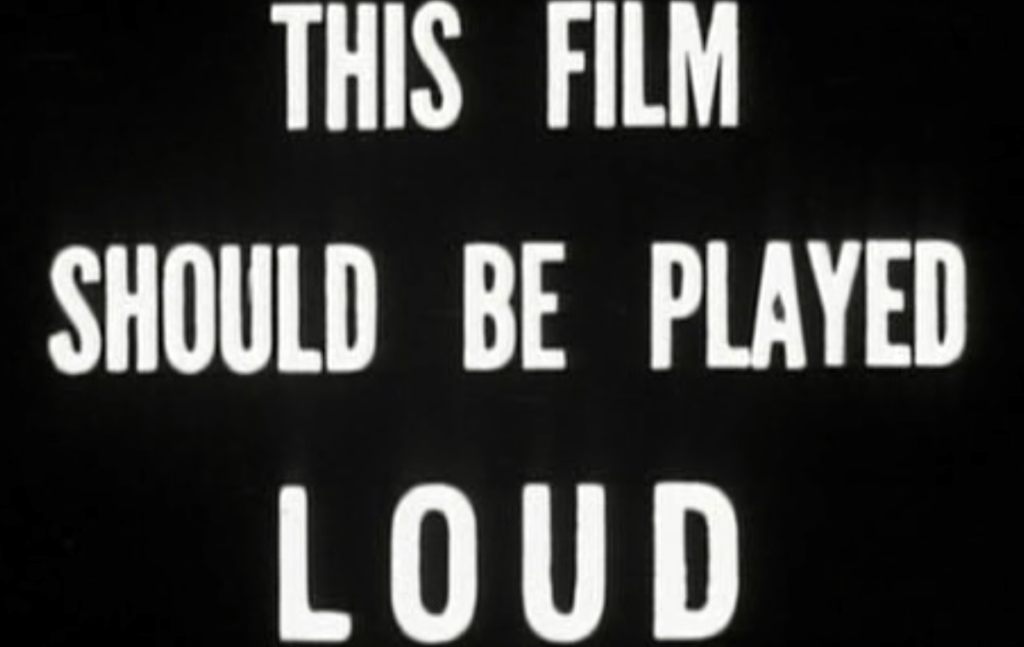 It’s not that Driller Killer is an altogether bad movie. It’s more of a decent try movie that fails to be good. As stated before, it’s a damn sight better than trash like 3 on a Meathook. Periodically, Malevolent Dark reviews bad movies that still MUST be seen. We don’t think that Driller Killer meets that mark either. As Dr. Ian Malcom once put it, had this film slipped through our blood-soaked fingers, “Life finds a way”. Regardless, vintage horror fans may be able to make good use of Ferrara’s screen-time. Abel Ferrara did create art on an extremely limited budget, but its more like a still-life of a pack of cigarettes and 70’s pornography on a dirty table.

Subscribe
Subscribe and receive notifications on new articles and monthly giveaways!!!
Subscribe
Close
Processing…
Success! You're on the list.
Whoops! There was an error and we couldn't process your subscription. Please reload the page and try again.
Share this ArticleLike this article? Email it to a friend!
Email sent!